Additive manufacturing, or 3D printing, is a one-step production process that enables engineers to turn a design into a product within the shortest time. The opportunity was considered very early by the automotive industry. Automotive manufacturers were able to prototype much faster as they didn’t need to build tooling for every new part designed and could directly produce their prototypes overnight. 3D printing helped them reduced development costs, and shortened the time needed for the new products to be designed, produced, and sold to the market.

The second reason for integrating additive manufacturing is its ability to create new designs without constraints. This feature in particularly is important in the aerospace industry, where weight reduction is paramount. The aerospace industry took advantage of the design flexibility of 3D printing and started designing and producing much lighter parts through topology optimization. Producing lighter parts then translated into increase in energy efficiency, decrease in fuel consumption, and subsequently reduction of costs.

One of the best examples is the LEAP engine developed by CFM, which achieves a 15% improvement in fuel consumption. Oil accounts for approximately 33% of an airline’s total operating costs This resulted in savings amounting to 5% of the overall cost.

As LEAP engine’s most intricate parts became 3D printed, not only were they lighter, they become more durable, due to stress reduction enabled by shape optimization. 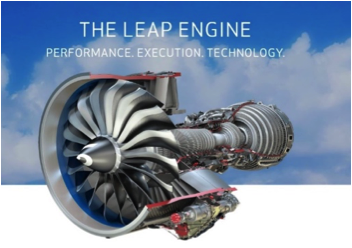 The underexplored yet powerful properties of 3D printing

However, thanks to decreased costs and improved performances, new opportunities have appeared and 3D printing shouldn’t be anymore reduced to prototyping or niches applications for high added-value industries. 3D printing end-use products was an idea that no one could think about decades ago, as the use of this technology was at that time both prohibitive and not mature enough in term of quality. But after the key patents had fallen in the public domain in early 2010, costs decreased much and the development pace of additive manufacturing went much faster.

The processing speed and performances of additive manufacturing increased and producing 3D printed end-used parts at affordable cost became possible. Direct production represented 32% of the 3D printing industry in 2013, when its share was only 12% in 2012. 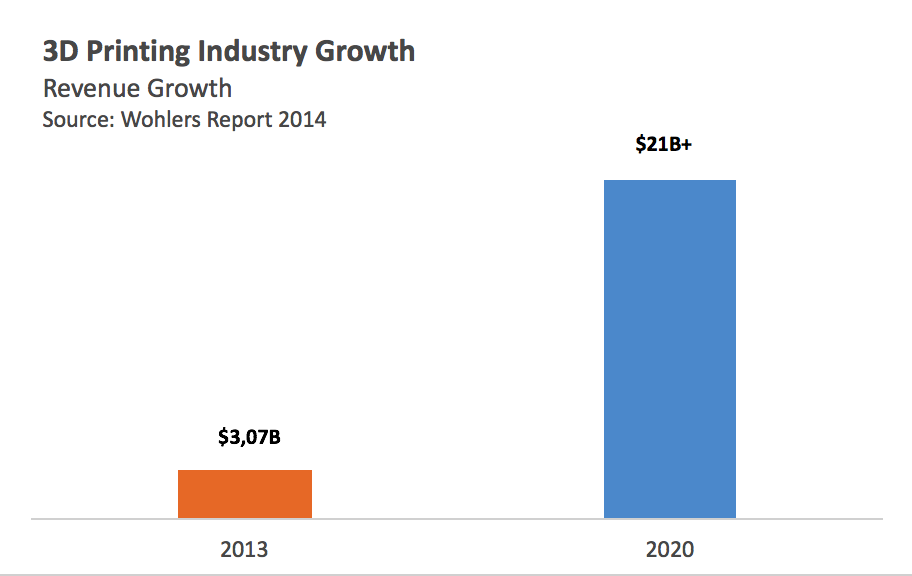 Even though the price decreased, 3D printing final parts often remains more expensive than fabricating parts using industrial production means (e.g., plastic injection, moulding). Nevertheless, as the cost of setting up the machine is the same regardless of the typology and volume of production, economies of scale matter much less for 3D printing and therefore allow small batches of production at competitive prices. Additive manufacturing can actually make the fabrication cheaper, especially for low-volume production (below about 5000 units for plastic parts) and long tail spare parts. This property is a game changer for the industry. 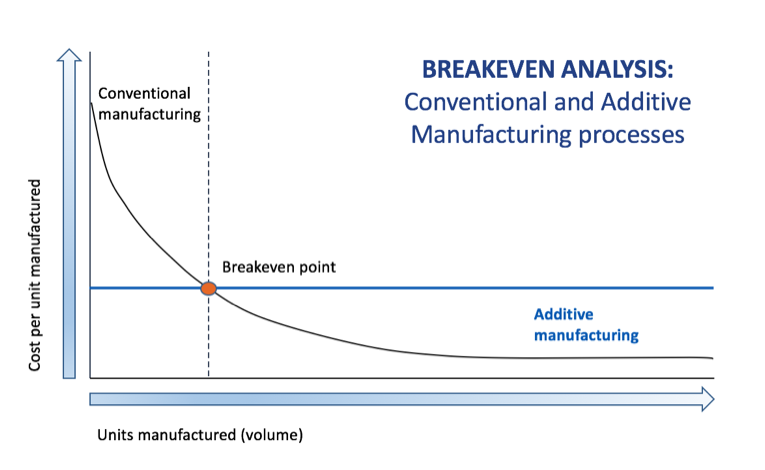 The ability to produce smaller batches of products also creates the opportunity to apply a built-to-order approach and therefore reduces drastically or even nullifies any physical inventory. In the case of long tail spare parts, it is particularly interesting to use a digital catalog to replace traditional warehousing and exempt industrial companies from the usual infrastructure costs and supply chain concerns during the many years of after-sales product’s life cycle.

Why would you centralize production when implementing a 3D print-to-order approach gives you the opportunity to manufacture locally? Indeed, one single 3D printer can produce a large variety of parts, and it can be set anywhere. Therefore offers maximum flexibility with a reasonable investment. By leveraging on a distributed production network, you shorten the supply chain to the last mile. You can not only produce on-demand but also the closest to the demand. Ultimately, it enables you to avoid costly warehousing and distribution intermediaries while getting closer and gaining responsiveness for your customers.

What we believe in

At Spare Parts 3D, we are aware that additive manufacturing enables on-demand and distributed production, and we decide to take advantage of those properties.

In the home appliance industry, the number of references is massive, and so are inventory, logistics and warehousing costs for spares. 3D printing is now a mature enough to be considered a process for fabricating spare parts and the cost-saving opportunity is significant: no physical inventory, short supply chain.

We help manufacturers of different industries, such as home appliances, aerospace, oil and gas, and more, offering them an end-to-end service from business case identification to production, in order to reduce their inventory at minimal costs. We believe that OEMs should take a leap forward to 3D printing, and we are committed to accompanying them at best, helping them identify the most profitable business cases, offering our 3D printing know-how, and giving them access to our worldwide network of providers.

The global consumption model is shifting away from a focus on a relatively small number of hits to countless narrowly-targeted goods. New distribution modes (especially online distribution that cuts the retail cost) give the customers the freedom to choose what they want out of an infinity number of products. With additive manufacturing, which enables us to produce one object at a time at an affordable cost, we are entering a new stage in this evolution. 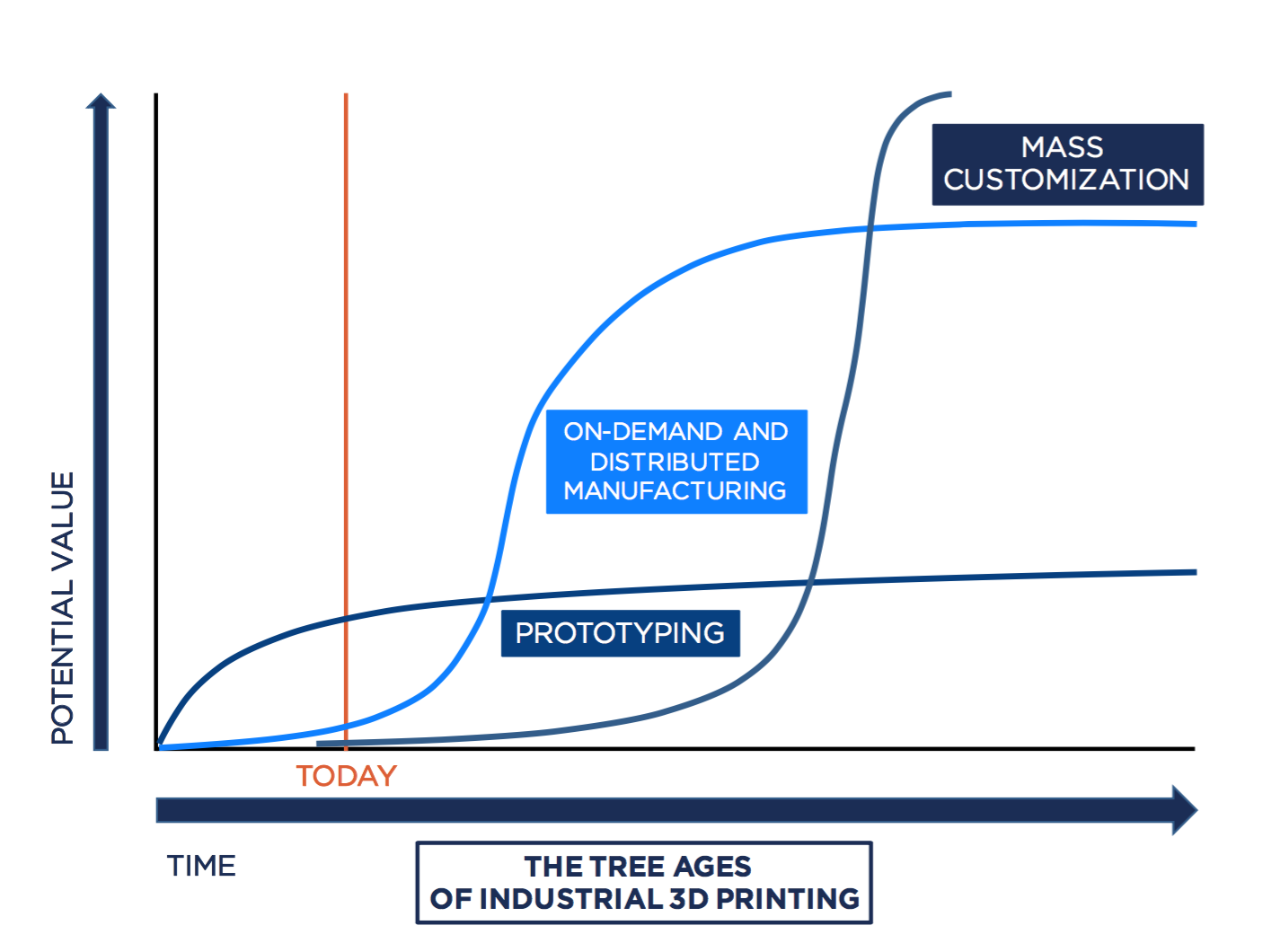 The healthcare industry was the first one that was concerned with additive manufacturing, for standardization can’t be achieved when it comes to the health of an individual. Using a 3D scanner to analyse the anatomy of the patient enables medical professionals to design prostheses, which conform better with their body, thanks to additive manufacturing. Sports professionals also benefit from 3D printing, improving their performances thanks to light custom-made equipment, and amateur athletes should be given access to 3D printed equipment in the coming years.

The market opportunity is important. A Bain survey (2013) shows that customers are more loyal to brands which produce customized products, and they’re ready to pay 20% more than equivalents for tailor-made products. The global size of the market is difficult to estimate, but just to give an idea, the only footwear sector represents a $2 billion per year. Adidas is taking the opportunity with its Futurecraft 3D project, with technical support from the 3D printing specialist Materialise. 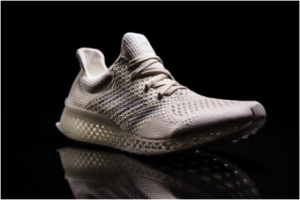 The 3D-printed midsole of this model can be tailored to the cushioning needs of an individual’s feet, just by running briefly on a treadmill in any equipped store. Thus, Adidas commits to offer athletes the ultimate personalized experience and the capacity to perform at best.

The trend will affect more and more sectors, and an increasing part of the population will have access to tailor-made products. This is the era of custom-fit clothing and sport accessories, limitless combinations of colours and sizes for any object, great comfort and unbounded imagination. And it’s coming faster than you could think.

The Powerful Impact of 3D Printing on Aircraft Engineering